In the year 2012, at the age of seventeen, I left my country: Nigeria, to the United Kingdom. In a quest of purpose, destiny and identity realisation, I arrived at Cambridge, England. I was puzzled by the contrast between my present location and my lovely country, Nigeria. Before this occasion, I had spent my entire life in Nigeria, with a short visit to Ghana; meaning it was my first time outside Africa, and I struggled to withstand the cold atmosphere, which I was enveloped by.

In an international school with people from over sixty countries from various parts of the world, EF Cambridge was overwhelmingly unique to me. I had the privilege of meeting people from random parts of the world, all in one building; an event I never thought I would experience. After paying attention to stereotypes portrayed by the media about various cultures, I had the opportunity of educating myself about people from different backgrounds. This made me realise how much detail and beauty I had been excluded from all my life.

EF Cambridge offered me the privilege of meeting some very special people. The fact that we were all international students made us feel confident about expressing ourselves to each other, and discussing culture and politics. It also gave non-English speakers a chance to develop their speaking skills without the fear of judgement from other people. Although I met a handful of amazing people, my closest friends were from Hong Kong, South Korea, Italy, Belgium, The Netherlands, Spain, Latvia and Nigeria. I recall when I would sit with my Dutch friend, Eva, after lectures and we talked about the cultural differences in our countries. I had the opportunity of partaking in the Cambridge International Choir rehearsals with my friend and classmate, Grace To. My classmates held a birthday retreat, in honour of our fellow classmate, and we would all eat, laugh and enjoy ourselves. I would go ‘ultra-cycling’ with my roommate – ‘Anson’, and he would soon reveal major shortcuts in Cambridge to me, whilst cycling. Amidst streetlights and the cool weather, we would stop for a drink before completing our journey. When I felt depressed from coursework, I remember sitting in the cafeteria with ‘Alderton’ and ‘Johnny’, cracking jokes and having a good time. I had several experiences from EF Cambridge to relate to. Fellow schoolmates and myself went on a trip to London. While on the coach, my Korean friend tried to teach me the Korean language; understanding that certain words were used for particular scenarios made me realise how similar the intent of languages are. Perhaps, the individual I had most encounters with, while at Cambridge was my Nigerian friend, ‘Uche’. Due to the fact that we were both Nigerian, I was able to relate to most of our discussions. This made me realise that culture and ideology can alter a person’s life and create mutual experiences from people from similar backgrounds. 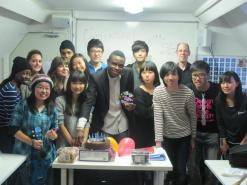 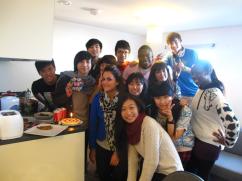 My EF Cambridge experience completely changed my life and contributed greatly in the building of my present identity. I sometimes ponder on how different I would be today, if I decided not to school in England and stayed back in Nigeria. I would not have met a lot of great people, who in turn contributed in making me who I am. My social skills have greatly improved, and I look forward to having more friends from various cultures. After studying at EF Cambridge for nine months, I was inspired to create a media brand of own called ‘IL Visuals’, which means International Love Visuals. This was greatly inspired by my international background and new found identity gained at EF Cambridge. 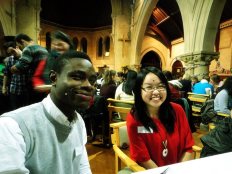 My time at Cambridge changed my life and defined my identity. The privilege of meeting people internationally and listening to the stories and experiences they had to share were priceless. I learnt that people should not be judged, based on physical appearance but on personality.